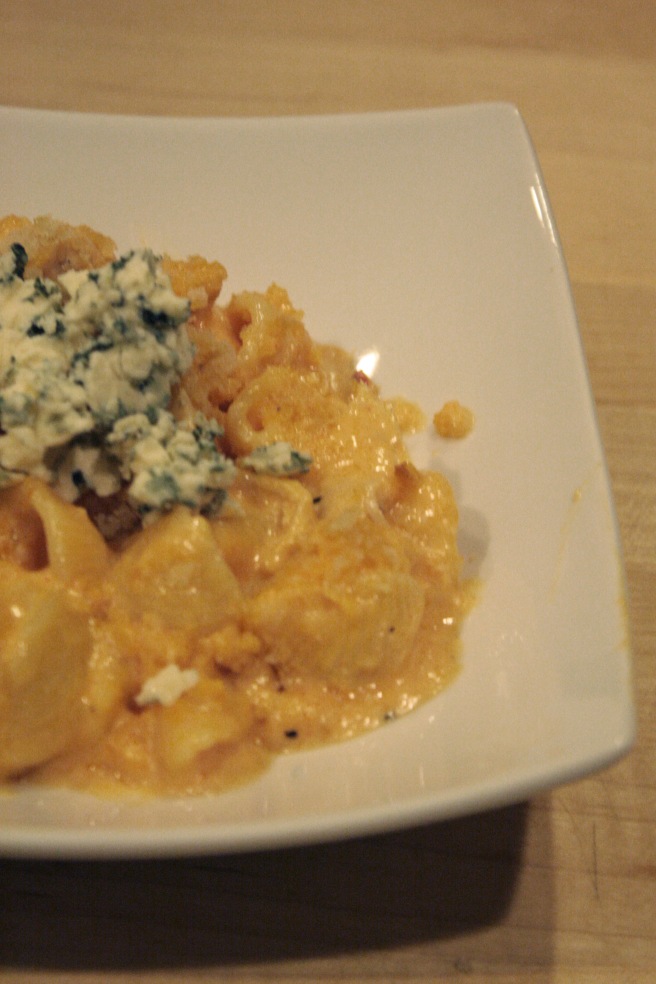 The first time I tasted the spicy, buttery goodness of buffalo sauce was at Chili’s in my freshman year of college. I ordered the buffalo chicken sandwich, and was so enamored by it that it became my go to order for at least the next year and a half. Being the health conscious college student that I was, I remember only eating half my order and taking the rest home, a decision I regretted in the morning when reheated it didn’t turn quite back into the masterpiece that hot deep fried chicken freshly smothered in buffalo sauce is.

Over the years I’ve had my fair share of buffalo chicken cuisine: sandwiches, wings, pizza, salads and what brings us here today, mac & cheese.

Let me preface this by saying that I think mac & cheese is beautiful all by itself. I can eat an entire pan of its velvety goodness, crunchy topping not optional. It doesn’t need buffalo sauce, but sometimes it’s nice when good ol’ dependable mac & cheese gets a little spicy. 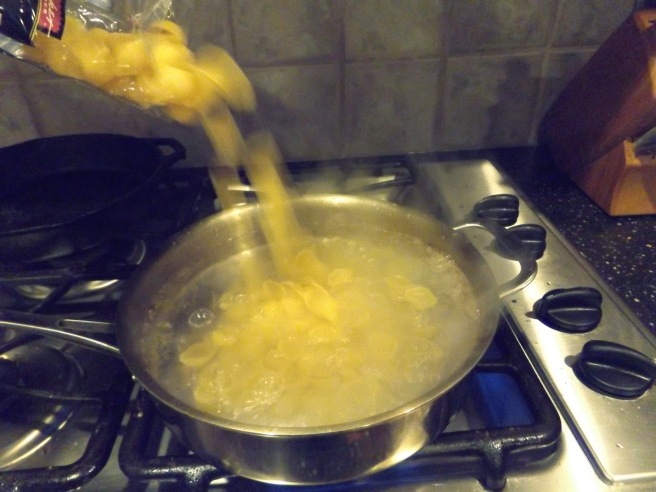 Grate the cheddar and jalapeno pepper jack. I highly recommend buying quality cheese in blocks, and grating it yourself. I used to use pre-grated cheese in just about everything, until one day I bought a hunk of cheddar for one thing or another (probably baked mac & cheese to be completely honest) and grated it myself. I’ve since become somewhat of a cheese evangelist in that regard. 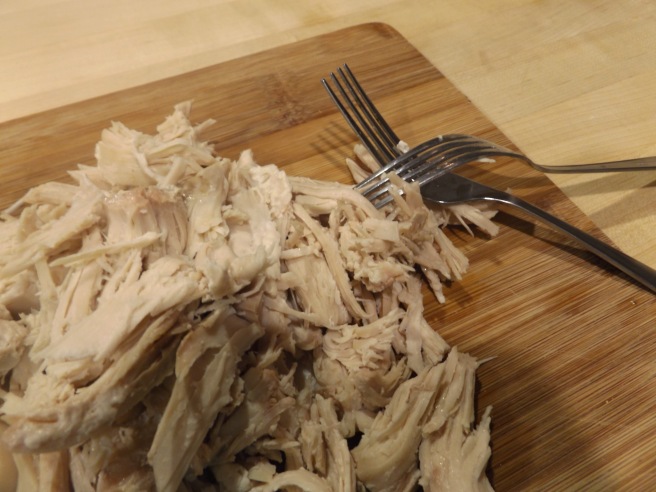 Shred some chicken, because I hear grown ups put protein in their meals. I put a pound of salted chicken breasts in a slow cooker with about 1/3 cup of water and cooked on high for about 2-3 hours until they shred easily with a fork. You can use rotisserie chicken, leftover grilled chicken or even canned chicken. 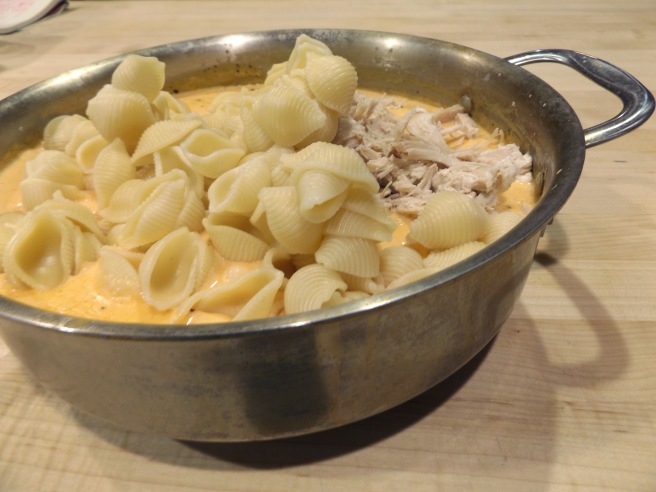 Next, make a roux with butter and flour, then whisk in milk, cream, Frank’s Wing Sauce and grated cheese. Frank’s Original Hot Sauce works well too if that’s what you have on hand, though there’s less kick. Then combine the sauce with the cooked pasta and chicken.

The crunchy topping is why I prefer my mac & cheese baked, making it arguably the most important part of baked mac & cheese. To make the topping melt butter and mix with panko bread crumbs. 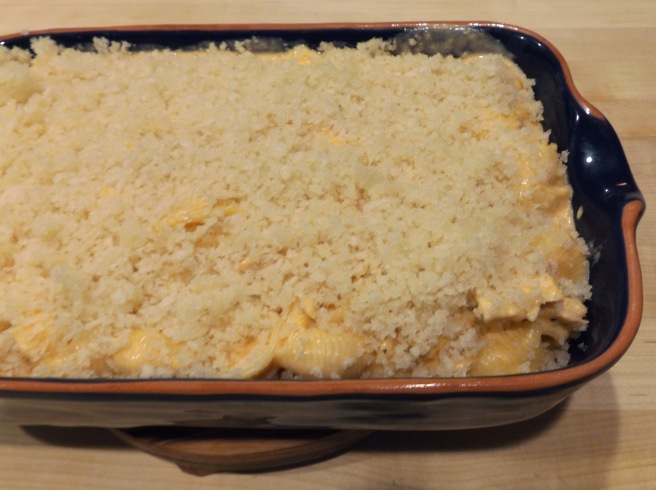 Assemble in a casserole dish. This particular pan is 10″ x 6.5″. A standard 8″ x 8″ pan is roughly the same size. Bake at 400°F for about 15 minutes, until the topping begins to brown and the sauce starts bubbling. Top each plate with bleu cheese before serving.

-Salt and black pepper to taste

¹Frank’s Original Hot Sauce may be used in place of Frank’s Wing Sauce, though it will have less kick.

²Bleu cheese has a strong flavor. Be careful when topping not to overwhelm the dish with it.